Munich, Farnborough, July 20, 2018 – This year’s Farnborough International Airshow proved a major success for MTU Aero Engines. Germany’s leading engine manufacturer secured orders worth around 800 million euros (according to list price), in particular with orders and memorandums of understanding (MoUs) for the PW1000G- geared turbofan (GTF) engine family for single-aisle aircraft. It powers  the Airbus aircraft A220 (formerly C Series) and the A320neo as well as Embraer E2 jets, amongst others. “GTF programs are shaping MTU’s future in the commercial engine business,” commented MTU CEO Reiner Winkler, referring to the order books. “The success of the geared turbofan family became evident once more at the Farnborough Airshow. PW1000G engines have been very well received in the market. Thanks to our preparation in recent years, we are ready for the ramp-up,” Winkler added.

MTU benefits from a large number of the deals made at the airshow through its partnership shares in engine programs. In fact, almost all of the relevant deals were for the high performing GTF technology. JetBlue placed the biggest order; the carrier agreed to buy up to 120 aircraft powered by PW1500G engines for its A220 fleet of Airbus (former C Series), followed by US start-up investor David Neeleman, who ordered 60 aircraft of this type. More orders came in for the PW1900G, the geared turbofan variant powering the E190-E2/E195-E2 single-aisle aircraft from the Brazilian aircraft manufacturer Embraer. Helvetica Airways, a Swiss carrier based in Zurich, ordered 24 E190-E2 jets equipped with this engine. The airline Wataniya Airways from Kuwait was also convinced by the technology. It ordered 20 aircraft of the E190-E2 model. And Brazilian low-cost carrier Azul made a commitment for 21 aircraft of this type. Orders for five additional E2 jets came from unnamed customers.

The PW1100G-JM, the engine powering the A320neo family, continued to see high demand at the UK-based airshow. MTU benefits from orders placed by Air Lease Corporation (ALC) for more than 43 narrowbodies (A320neo/A321neo), CALC for 18 A320neo aircraft as well as from Middle East Airlines, the national airline of Lebanon, based in Beirut, which ordered eleven A320neo aircraft.

About MTU Aero Engines
MTU Aero Engines AG is Germany's leading engine manufacturer. The company is a technological leader in low-pressure turbines, high-pressure compressors, turbine center frames as well as manufacturing processes and repair techniques. In the commercial OEM business, the company plays a key role in the development, manufacturing and marketing of high-tech components together with international partners. Some 30 percent of today’s active aircraft in service worldwide have MTU components on board. In the commercial maintenance sector the company ranks among the top 5 service providers for commercial aircraft engines and industrial gas turbines. The activities are combined under the roof of MTU Maintenance. In the military arena, MTU Aero Engines is Germany's industrial lead company for practically all engines operated by the country's military. MTU operates a network of locations around the globe; Munich is home to its corporate headquarters. In fiscal 2016, the company had a workforce of some 10,000 employees and posted consolidated sales of approximately five billion euros. 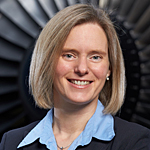 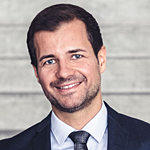