Munich, December 2, 2021 – Pratt & Whitney is introducing the GTF Advantage engine configuration, unveiling a technologically improved geared turbofan engine for the A320neo family. The American engine maker announced today that work was in progress. Key optimizations are being supplied by MTU Aero Engines. The new configuration should be available starting in January 2024.

The GTF Advantage configuration will reduce fuel consumption and CO2 emissions by another percent each. This will improve the overall picture by 17 percent compared to prior generation engines. The move will further extend GTF engine’s lead as the most efficient powerplant for the A320neo family. With up to 34,000 pounds of takeoff thrust both at sea level and under “hot and high” conditions, the GTF Advantage configuration will also be the most powerful engine for this aircraft family. The higher thrust rating enables increased range and payload for operators. The new configuration has been undergoing ground and flight testing at Pratt & Whitney for a year now. The GTF Advantage engine is to become the new production standard for A320neo family aircraft.

All key components of the core GTF engine are undergoing technical improvement. In keeping with its shares of the program, this means that MTU Aero Engines, Germany’s leading engine manufacturer, is working to optimize the high-pressure compressor and high-speed low-pressure turbine. “With the high-pressure compressor, the focus is on further improving efficiency, which makes a noteworthy contribution to reducing the specific fuel consumption and above all, lowering temperatures in the hot section,” explains Dr. Stefan Weber, Senior Vice President Engineering and Technology at MTU. “The design has also been made more resistant to damage in the area of the blisk rotors that can occur when the engine is in operation.” Improving efficiency is a central aim for the high-speed low-pressure turbine as well. Weber continues: “The higher-performance active clearance control is a major factor in this.” The turbine’s resistance to wear has also been increased here as well.

“We always said our geared fan architecture has a long runway for growth and future development, and the GTF Advantage demonstrates this,” says Tom Pelland, Senior Vice President of GTF Engines at Pratt & Whitney. “Our gear system, and the overall engine architecture it enables, are foundational to unlock the benefits of advanced aerodynamics, materials and systems. We are committed to continuing to invest in these technologies for the next generation of commercial aircraft.”

Already certified to operate on 50 percent sustainable aviation fuel (SAF), GTF-powered aircraft are capable of even greater levels of CO2 reduction. The GTF Advantage engine will be compatible with 100 percent SAF at entry into service.

Since entering service in early 2016, GTF engines have saved operators more than two billion liters of fuel and avoided more than six million metric tonnes of carbon emissions. Worldwide, GTF engines are in service in more than 1,100 aircraft operated by 58 airlines. They provide thrust in three aircraft families – Airbus A320neo, Airbus A220 and Embraer E-Jets E2.

MTU Aero Engines AG is Germany's leading engine manufacturer. The company is a technological leader in low-pressure turbines, high-pressure compressors, turbine center frames as well as manufacturing processes and repair techniques. In the commercial OEM business, the company plays a key role in the development, manufacturing and marketing of high-tech components together with international partners. Some 30 percent of today’s active aircraft in service worldwide have MTU components on board. In the commercial maintenance sector the company ranks among the top 3 service providers for commercial aircraft engines and industrial gas turbines. The activities are combined under the roof of MTU Maintenance. In the military arena, MTU Aero Engines is Germany's industrial lead company for practically all engines operated by the country's military. MTU operates a network of locations around the globe; Munich is home to its corporate headquarters. In fiscal 2020, the company had a workforce of around 10,000 employees and posted consolidated sales of almost 4 billion euros. 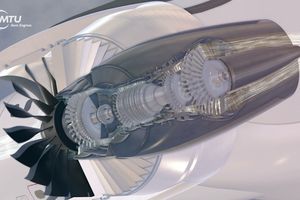 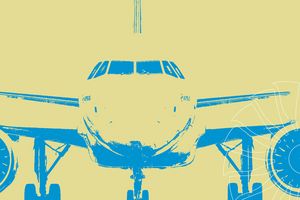